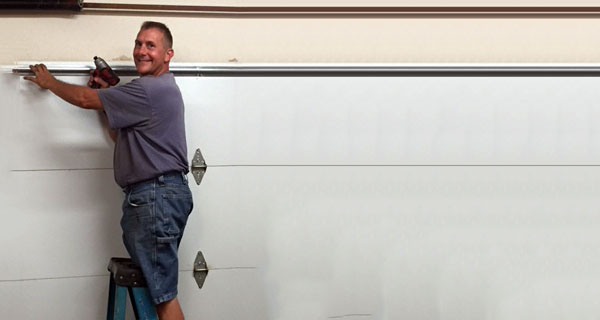 "Through hard work and determination we are becoming successful. I couldn’t do any of this without my wife Lynelle and family cheering me on and supporting me."

—James Hodges, Owner, Installer, and
above all else, customer service manager.

The owner of Big Red Overhead doors, James Hodges started working with his father, a carpenter, and his brother at Hodges Construction. Born and raised in Oklahoma, when James graduated from Moore High School, he needed a job but wanted to strike out on his own. James went into what he knew, the construction field.

After awhile, he wanted another challenge so James tried a different area — working at an overhead door company and he really liked it. James discovered he had a knack for Commercial and Residential installations as well as repairing doors and openers. After working for a few of companies, James decided it was time to start his own business.

James soon learned that working for a business and running a business are two separate jobs. Fortunately, he had worked for a number of very good business men, including his dad, and James learned as long as he delivered what he promised and did not over promise, he was honest, and charged a fair price, customers are happy.

James made sure that he has a good group of men and women to surround him and above all he knows he has a faithful Father keeping watch over his steps. Big Red Overhead Door is striving for excellence step at a time. 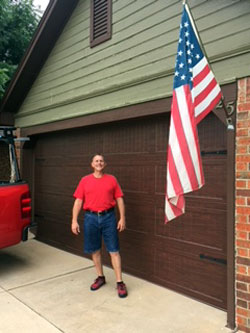 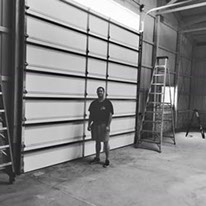 "James did an excellent job fixing our garage door.  He showed up on time and not only fixed the broken door but adjusted our other door as well.  Pricing was very good also.  Would call him back if we ever need garage door services again.  First time we used him he did our commercial building and did such an excellent job we new who to call for our residential needs.  Give him a try!!"

"James was fantastic. He went above and beyond in that not only did he replace my garage door opener he adjusted a few things on my door and tightened the spring. Quality job!"

Best Commercial and Home Inspection in the OKC area.

The affordable licensed plumber for hot water tanks to and drain cleaning.

Learn how to become a home inspector at our certified on-line school with actual ride along learning—on the job training.

Home Inspection digital report that is easy to use ands affordable. Created and tested by home inspectors.